I am not sure if you remember me. A few months back I had ordered a valve body for the wifes 06 Lincoln Zephyr. I then had an issue with a bad from stock solenoid in the reman unit. You then had a replacement sent that happened to be the wrong type due to a mispackaged part.

I don’t know why she loves this little car, when she first saw she had to have it. When the trans mission problems worsened and milage was racking up we looked at all kinds of other cars. however in her eyes none of them measured up. Now that the trans is shifting like it should have when the car was new, she’s happy.

This was an overly long winded thank you Tom. Thank you for your great customer service when just about everything that could have gone wrong did go wrong and was handled in a calm, professional manor. If I ever have or know someone who has a need for a valve body I will be sending that business to you.

Wanted to let you know how pleased I am with the whole process, I have built quite a few vehicles and am always modifying something. You and your company are by far the best example of great customer service, honest answers and a great product that I have ever encountered.. when the 46rh in my Cummins ratrod gives up I will definitely be contacting you! If you have a copy of November’s diesel power it’s featured in there and also in the current issue of renegade magazine.

I want to thank everyone at RevMax for their help. From the nice lady who answered the phone, the knowledgeable sales support, the employees that worked on and rebuilt my part, to the hands that shipped it. Thank you!!!

My car is shifting superbly. It made my cruise along the southern shore of Alabama such a joy. And to top it off, the paid return label was a surprise and the icing on the cake.

I just wanted to say it’s been a pleasure working with Tom so far. I ordered a 68rfe 700 series and it should ship by Thursday. Being without my truck is killing me. He was very knowledgeable and helpful with helping me make the decision as to which one was best for my needs. Thanks again team RevMax and I look forward to driving with your product getting me where I need to go.

Ok! I was looking at the paperwork and didn’t realize it said drive it for 200 miles then record cvi numbers. We only drove it about 20 miles when we pulled those numbers! I’ve been driving it a bit more since I read that. This thing feels like a whole new truck it’s worth every penny and your guys service is top notch! Thanks for a great product! I can’t believe the difference from stock! Very happy with it!

I have the transmission installed, CVIs recorded, line pressure checked out at 225, hot flushed all of the lines, and relearned the trans. after 100 miles so far every thing seems absolutely wonderful. I wanted to send you guys a personal thank you for building such a nice shifting transmission. It is light years better than the factory 68!!

New valve body works like a champ – I doubt the tranny shifted this smooth when it was new!

The valve body was ordered for an 05 Cooper S and is working perfectly. The customer support folks did a very good job informing me of the correct unit to purchase, and the unit arrived one week after ordering. The plastic bag the valve body was in sprung a very small leak and it soaked through the box a bit, but everything was fine. Overall I’m extremely satisfied with RevMax, and The cost savings for me to do this job myself is in the thousands. I will be recommending this product to everyone on all the forums I’m a member of. Great job guys. Thank you. Banochris of Hawaii.

Just wanted to take a minute and say thanks. I’ve got 5 teenage kids and keeping affordable, reliable cars running for 7 people is tough. I had just picked up a 2006 VW Jetta for my daughter before she leaves for college. I got it at a good price because the transmission was shot. Turns out it didn’t need a new transmission ($5k at the dealership) it only needed a REVMAX trans body. The new valve body and solenoids fixed it and it absolutely shifts like new, for a fraction of the cost.

You offer a great product, at a great price – thank you!

I’ll be buying from you again for sure.

First I wanted to say thank you for the c4 converter y’all did for me around this time last year. The car went a best of a 1.46 60″ and even pulled the wheels on the street which was badass so thank you for that. I wanted to touch base with you for a converter for my father in law. He has a bolt on 98 ls1 camaro that he just had a turbo 400 built for, I wanted to see what my options were as far as getting him a happy medium that will work well for this season but also work when he does a cam install before next season.

YOU EXPECT PERFECTION. SO DO WE. HERE’S HOW WE DELIVER.

Our engineers have spent 10 years designing, testing, and perfecting all of our parts. We’re confident you’re going to be impressed so we’ve offered the best warrantee on the market to match. If you see the RevMax insignia on your parts, you know it was handcrafted to perfection. 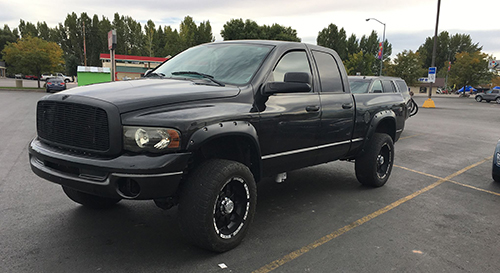 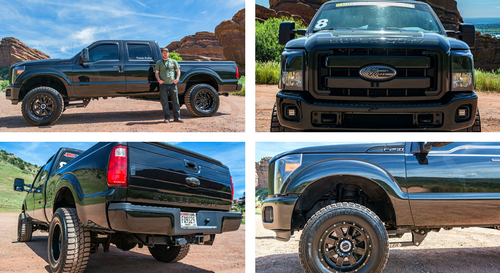 OLD ENOUGH TO BE EXPERIENCED. YOUNG ENOUGH TO POWER UP .

In today’s day and age, our engineers can’t just rely on their expert research and design. RevMax invests heavily to support their engineers with the highest rated CNC machinery on the market. It’s that same machinery that fabricates each of the parts that set your new purchase apart from the rest of the market.

So this week my brother and I loaded his 2012 dually up on the gooseneck, and I hauled it to Revmax to have a signature 700 installed. The trans was pre-ordered a few weeks ago and was ready for us when we got there. We arrived at the install shop about 20 minutes away from Remax’s facility and the guys at the install shop made quick work of pulling his stock trans and getting the new one in. We went to grab some food while they where installing his signature 700 and when we got back it was done. The owner of the install shop come out scan tool in hand and told us that the new trans had a bad/faulty solenoid pack. As soon as he told us this, Tom from Revmax called and told us he had a new solenoid pack heading over and apologized about the bad one. Still not sure why is was bad, but this is the exact reason we hauled his truck down to Revmax was because if something happened; we were there to make it right. We went to get a hotel for the evening and get some dinner and planned to watch them install the solenoid pack in the morning.

The next morning we arrived at the install shop just before 8 and his truck was still sitting outside. We thought it would be a while for them to install the new solenoid pack. WRONG, the install shop owner had come in a little early and had already installed the solenoid pack, checked line pressures with the scan tool, drove the truck around the block a few times to make sure everything was shifting fine. We were ready to go!

We stopped and got a dozen doughnuts and drove over to Revmax’s shop and watched the guys tear down my brothers stock 68. As suspected the overdrive clutches were shot. It was a real treat to watch them tear the trans apart! There were two other transmission’s being tore down while we watched a guy tear down my brothers old 68 rfe. The table in front of (and facing) us had 6r140 torqshift being torn apart, and the table behind us; the Allison 1000 was being torn apart. It was awesome for us to see the inside of all three transmission’s offered in today’s trucks. The internals of the Allison are much larger than the 68 rfe, and the torqshift internals are larger than the Allison! That torqshift is a MONSTER!

I have to say a huge thanks to Tom at Revmax for everything. He was very helpful with all the questions we had before buying the transmission, showed us his facility, explained A LOT of things, answered a lot of questions, showed us the drag truck, and as you read above, had one of his guys tear down my brothers stock 68 in front of us. We thanked Tom for everything loaded the truck back up and came home.

My older brother is still breaking in the new 700, but so far it feels amazing! Very pleased with Tom and Revmax. I will try to update this thread as the trans get’s broke in and my brother start’s towing with it again. If anyone will put that 700 through it’s paces, it is my older brother!

Phil/Anarchy Diesel – Your tow tune is UNREAL! I am guessing I had 16-17K behind my mega with the trailer and the dually sitting on it. Anyone familiar with I-77 coming from NC to VA knows there is long hard pull coming North on I-77 known as Fancy Gap. It is 5-6 miles long I am guessing and 6% grade. I pulled that mountain at 74 MPH with my foot on the floor, EGT’s at 980-1000 degrees, 30-34 psi of boost, trans and coolant temps never moved a bit! I have the 3.42 in my truck to. What a beast this thing is! Long post, thanks for reading.